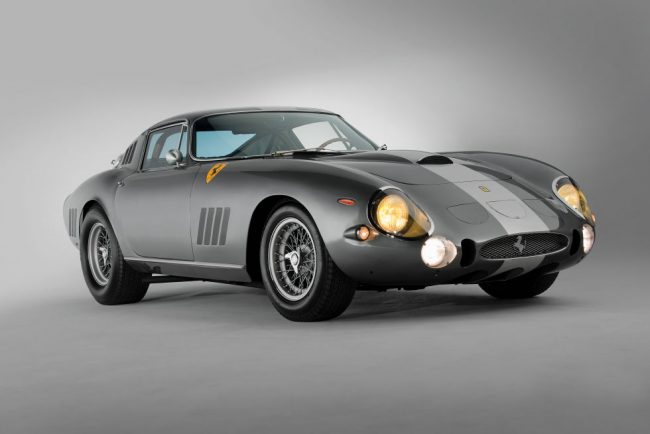 Price: $26,400,000
Auctioned by RM Sotheby’s in Monterey, California, on August 16, 2014
The first of only three ever built, 06701 was hand-built to defend the marque’s dominance in sports car racing. Ferrari at the time was under intense pressure as American Shelby Cobra Daytonas and Ford GT40s were chasing down the company’s 250 GTOs.
Engineers threw a number of firsts into the 275 GTB/C Speciale. It was the first Ferrari to mount an independent rear suspension and the first to mount a transaxle gearbox. But circumstance took away much of its chance to ever shine. The Federation Internationale de l’Automobile, which sanctioned the World Sportscar Championship, was angry at Ferrari for trying to incorrectly homologate the 250GTO and 250 LM for competition in previous years, and the FIA refused to let the 275 GTB/C Speciale race.
The FIA and Ferrari eventually came to agree that only one 275 GTB/C Speciale would be homologated and allowed to compete in 1965, and it was not this one. Ferrari sold the car to a private owner who used the hand-built race car exclusively on the road, for which the factory fitted front and rear bumpers and repainted it from Rosso Cina red to the gray it wears now. It bounced from collector to collector over the years, trying its hand in several historic races but never seeing the professional racing career for which it was created.