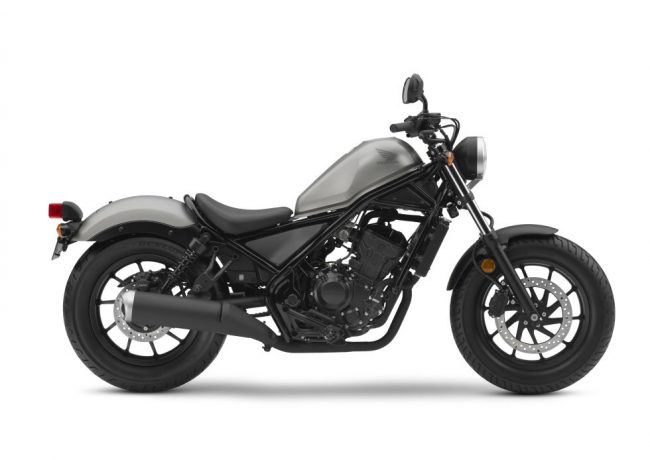 Base Price: $4,399
Honda doesn’t remake the smallest, least potent models in its lineup very often. Its mini-cruiser for novice riders, the Rebel 250, has been in production since 1985. It was ancient mechanically and stylistically. But for 2017 Honda, has finally remade the Rebel.
These bikes are “minimalist” according to Honda. To us, they look clean, cool, and way more expensive than the price suggests. It’s modern take on the notion of an entry-level motorcycle—one that might appeal to more than those just shopping for a starter bike.
The stance and riding position of this bike is still in the cruiser camp, but Honda engineers built in a lean angle that will let you chase sportier standard bikes in the canyons. This time around there’s a modest 300, which uses a 286cc single cylinder engine as well as a 500 using a stronger 471cc parallel twin that costs $1,600 more. And throw in another three-hundred bucks on either bike and you can have ABS brakes too.