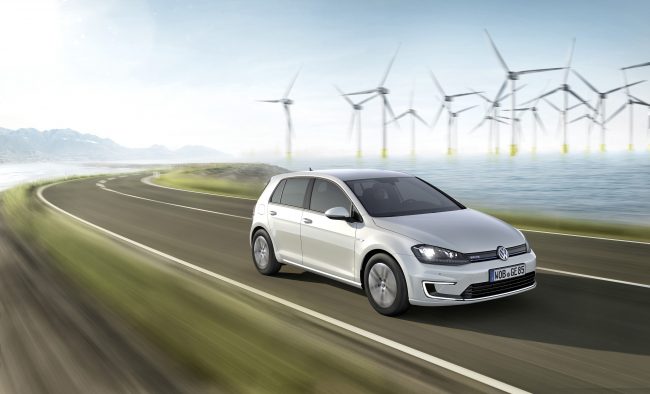 The Volkswagen Golf is the second best-selling car in the world. Just a fraction of the hatchbacks that roll off the line are electric, but then this is a new adventure for VW and its smart business to start with a perennial favorite.
There’s nothing spectacular about the e-Golf, but then that’s why it could sell in big numbers. It’s just an electric version of a machine that has conquered the world.
You get 199lb ft of torque, 83 miles of range and that legendary VW build quality. It comes with three power maps and three levels of regenerative braking, too. In certain states you can get a $179 a month lease deal after the initial payment, which is less than some spend on gas.
For that you get an 85mph top speed, a 0-60mph time of 9.4s and a touchscreen infotainment screen. Audi’s e-tron range will offer a premium version, but the VW will be the volume seller that drives the VW group’s zero emissions movement. Now it just needs more range.