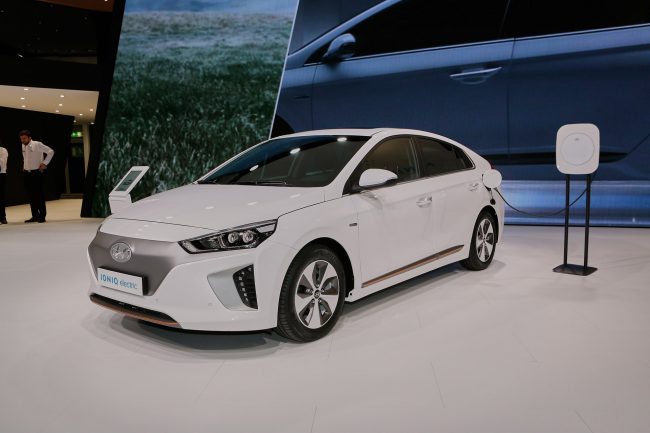 Like Honda and Toyota, Hyundai proclaimed the superiority of hydrogen fuel cell technology over battery-powered EVs, and the Korean manufacturer put its money where its mouth was with the hydrogen-powered Ioniq.
Hyundai hedged its bets however with hybrid and full-electric variants of the Ioniq. The latter is available for under $30,000 right now, and we think it will do much better than its hydrogen-powered counterpart.
Hyundai Ioniq Electric looks…regular, and you’ll have to decide how you personally feel about that. It offers around 110 miles of range, which is under half what competitors like the Bolt EV boast, but then again, it’s around $7,000 cheaper too. This is not, by any means, a flashy car, but it has solid range, a decent feature set, it drives really well, and it’s already on the market. If only Hyundai would make up its mind and put some marketing dollars behind it. Check it out, you might like it!